In 1928, Major General Harold Edward ‘Pompey’ Elliott (1878-1931), a senior Australian army officer during World War I, donated five acres (2ha) of land at Chum Creek on the Healesville-Toolangi Road for Scotch Scouting purposes. The property and lodge are named for him.

Major General Elliott stated that he was inspired by the wonderful help the Scotch Scout Troop had rendered in the development of his son, Neil, who attended Scotch from 1925 to 1930. Tragically, Neil was killed on 1 July 1939 at the age of 27, while working as a patrol officer in New Guinea. He was speared to death while exiting a hut in a native village.

At Chum Creek, the initial ‘Elliott Block’ was subsequently enlarged with the school’s purchase of several neighbouring properties. The first hut on the property was built in 1929 with funds the Scouts had raised earlier to buy a block of land for a camping site, prior to receiving the gift of land. This hut was improved in 1930 and officially opened by Major General Elliott on 8 March that year. The hut was again remodelled and enlarged in 1938 – only to be destroyed in the devastating bushfires of 10 January 1939, just three days before the disastrous ‘Black Friday’ fires of 13 January 1939. 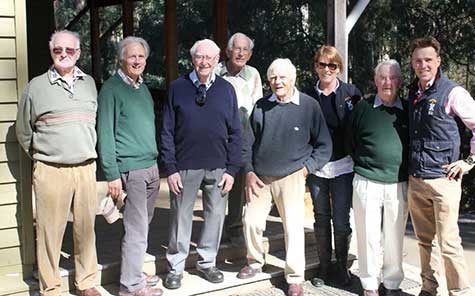 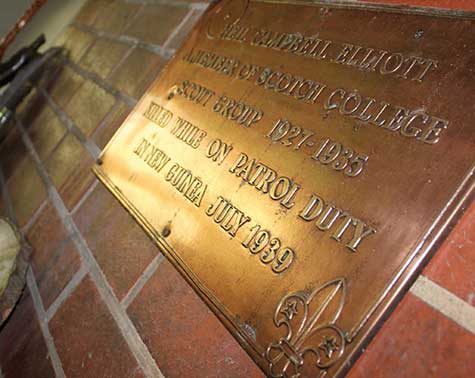 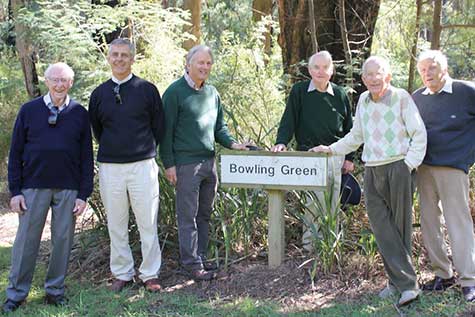 A new lodge, designed by former Scotch scout, Lloyd Orton (‘35), was built and officially opened by the then Chairman of the School Council, Sir Arthur Robinson (1887), on 11 May 1940.

These five veterans of the ‘30s and ‘40s meet regularly for lunches, which are full of Scotch Scouting and Rover memories. They recalled that 75 years ago they were able to learn their Scout craft by putting their tents up beside the creek in the bush, cooking fires nearby, drawing water from the creek, and digging trench latrines, whereas today there are new bunkhouses, centralised cooking, and toilet blocks with showers. They’re great conditions for the boys of today, but perhaps a little of the romance has gone.

The visitors greatly appreciated the assistance of OSCA Executive Director, Scott Montgomery (‘85) and Foundation Manager, Fiona Tuck, who facilitated and accompanied them on this memorable visit. 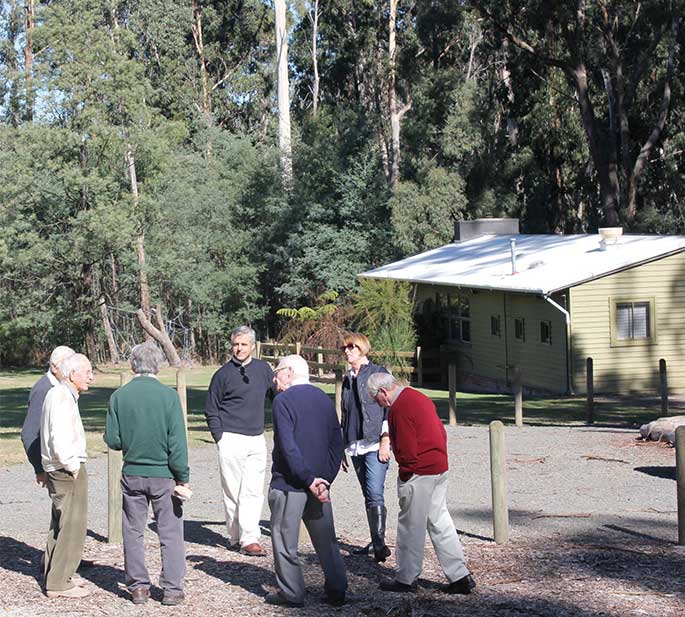